After seeing what it’s like to be a ninja in Tokyo, get up close and feel the passion of Odoriko dancers at Tokushima Prefecture’s Awaodori, one of the representatives of Japan’s traditional performing arts. During this trip, you will encounter experiences unlike anywhere else and form some of the best memories of your life. About TOKUSHIMA
View routes that indulge in nature and the arts

JAL001 Examine the directions from your country Ninja Trick House in Tokyo offers an interactive "ninja experience" in which visitors participate themselves. Enter the wonderous ninja world and search for tricks within the time limit, try your hand at shuriken and sword techniques, and use makibishi made from natural water caltrop. 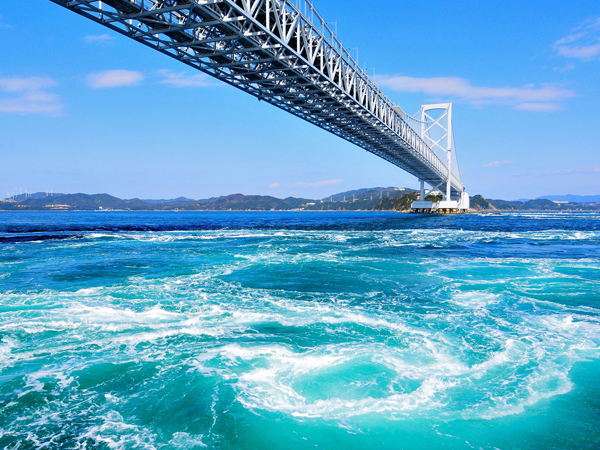 Enjoy whirlpools as large as 20 m in diameter, said to be one of the three largest whirlpools in the world, by looking down from 45 m above in Uzu no Michi or by climbing aboard a tour boat to see them up close. 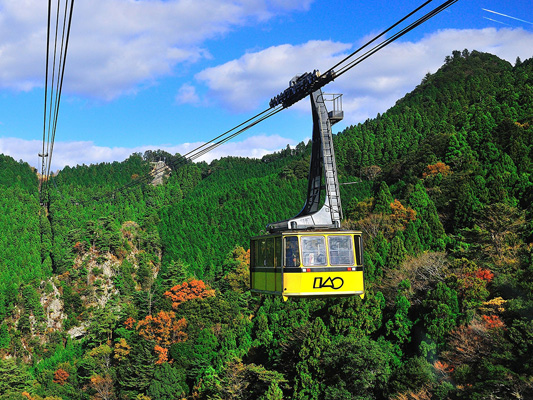 The 2,775-meter-long ropeway is the longest in western Japan and carries passengers over mountains and rivers. At the summit of Mt. Tairyuji is a path to Tairyu-ji Temple, the 21st temple on the 88-temple Shikoku pilgrimage.

After transferring to the JR train, around 55 minutes from Anan Station to Hiwasa Station This autumn festival has been held since ancient times to celebrate a bountiful catch of fish and good harvest. The festival takes place over two days on the Saturday and Sunday before the second Monday in October. On Saturday, there is a procession of Mikoshi of the shrine through the town, and then in the evening the yoimiya vigil and fireworks take place in dedication to the gods. On Sunday is the popular "O-hamaide," where a taiko drum called Chosa is plunged into the ocean.

The Tokyo & Tokushima program is a great blend of modern, unique and traditional Japan. While traveling in Tokyo you feel the energy of the flashing lights and the peacefulness of a Japanese garden. While in Tokushima you will be immersed in the culture of the Awa Odori dance, beautiful temples and Japanese food. The itinerary will give you exposure to both cities, their traditions and their food culture.

In this tour you can learn about the fesitivals and cultures in both urban and rural sides of Japan, including the famous Awa Dance Festival in Tokushima. Both areas offer a blend of traditional and modern Japan, and peacefulness and liveliness.