After fulfilling a once-in-a-lifetime dream of transforming into a samurai, visit Yamaguchi Prefecture’s Iwakuni and Hagi, areas steeped in history. The hot spring waters at Yuda Onsen, famous for their beautifying effects, will ease the fatigue of travel. ANA212 Examine the directions from your country 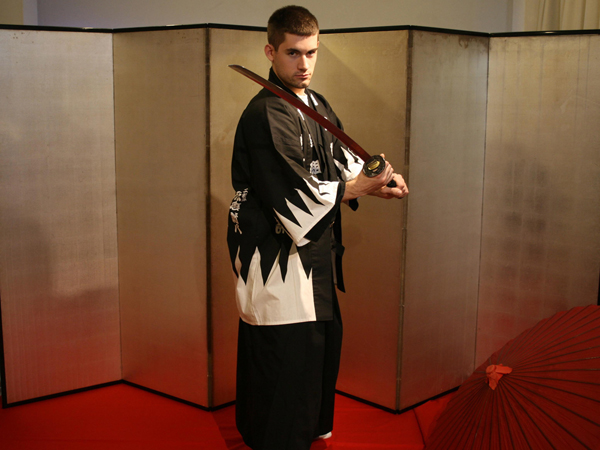 "Try out the authentic samurai experience!"

Yumenoya is place dedicated to Japanese cultural experiences produced by the Takafuji-ryu style of creative traditional Japanese dance with a history of over 80 years. The main content is the Samurai Experience.

The Samurai Experience is the only service of its kind in the Asakusa tourist area.

Change into a hakama (man's formal divided skirt) and after learning basic sword forms and movements, try out what you learned in a staged sword fight. At the end, you'll receive an official "Samurai Training" certificate from the school.

The entire experience takes just about 60 minutes, so it's easy to fit into your schedule. 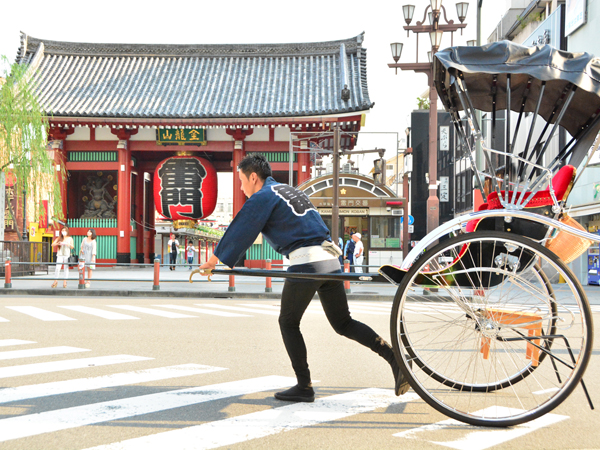 The Ebisuya Rickshaw is currently one of Japan's most popular activities.

The rickshaw driver is dressed in a cool ninja style, and the excellent riding comfort and the nimble and unique guide will add another layer of excitement to your trip.

In addition to guiding you to the major tourist spots, your driver will take you to small, out-of-the-way places hidden among the small back streets that are characteristic of Asakusa and unreachable by buses or taxis. See the Geisha Town, Tokyo's oldest Buddhist temple, and get food info only known by locals that you can't find in any guidebook.

On the way, the driver will take the perfect photos of you in their favorite spots with their favorite photo compositions! These are sure to make excellent mementos for any trip. If you're wondering, "Where should we go besides Senso-ji Temple?", leave it to us.

We will expertly introduce spots where you can walk and have fun. You're certain to have a fulfilling tour of Asakusa even after getting off the rickshaw.

For a thorough taste of Tokyo's Asakusa, leave everything up to the Ebisuya Rickshaw! 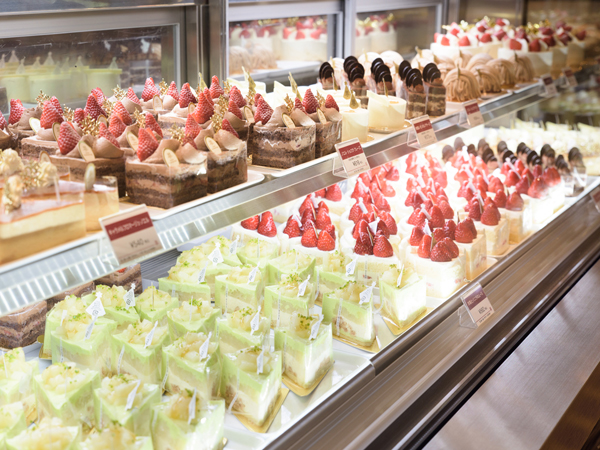 Located near the Shinjuku Sanchome subway station is the Shinjuku branch of Isetan department stores, whose aim is to be the "world's best fashion museum". This "fashion" can also be felt on the food floor.

This floor features a lineup of food from in and outside Japan, such as well-reputed delicatessen items made with fish, meat, and vegetables, exquisite sweets, and ingredients that would make foodies sing praises. The variety of food on this floor is garnering a lot of attention.

With visually beautiful Japanese sweets that change with the seasons, a sake-tasting corner, and a delicatessen serving Japanese food that should definitely be tried when visiting Japan, Japanese culture can be experienced on the food floor.

This clean, new airport was opened in December 2012.

Upon entering the terminal building, travelers have a view of the entire building and can see the compact structure is easy to understand and use.

In the building's center, a "light garden" atrium is bathed in natural light pouring in from outside. In addition, the front wall of the passenger waiting room is made completely of glass, letting people see the passenger jets waiting on the tarmac and immersing them more into air travel.

Passenger jets can be observed up close even on the observation deck! Why not take a commemorative photo with planes in the background?

The terminal building has a universal design that is accessible to all travelers.

Kintaikyo was built in 1673 and is a wooden bridge symbolic of Japan. The bridge is a series of five wooden arches, a rare sight even outside Japan. It is the culmination of masterful techniques and this tradition lives on through the replacement of the bridge rafters.

There are many tourist attractions nearby, including historical buildings such as Iwakuni Castle, the Old Mekata Family's House, and the Nagayamon Gate of the Kagawa Family, as well as art and history museums like the Iwakuni Choko-kan Museum, the Iwakuni Art Museum, and the Iwakuni Shirohebi (white snake) Museum.

The Iwakuni Shirohebi Museum, in particular, is a National Natural Monument and the only place in the world that the "Iwakuni white snake" inhabits. Visitors can learn about the life and history of white snakes through games and scale models. 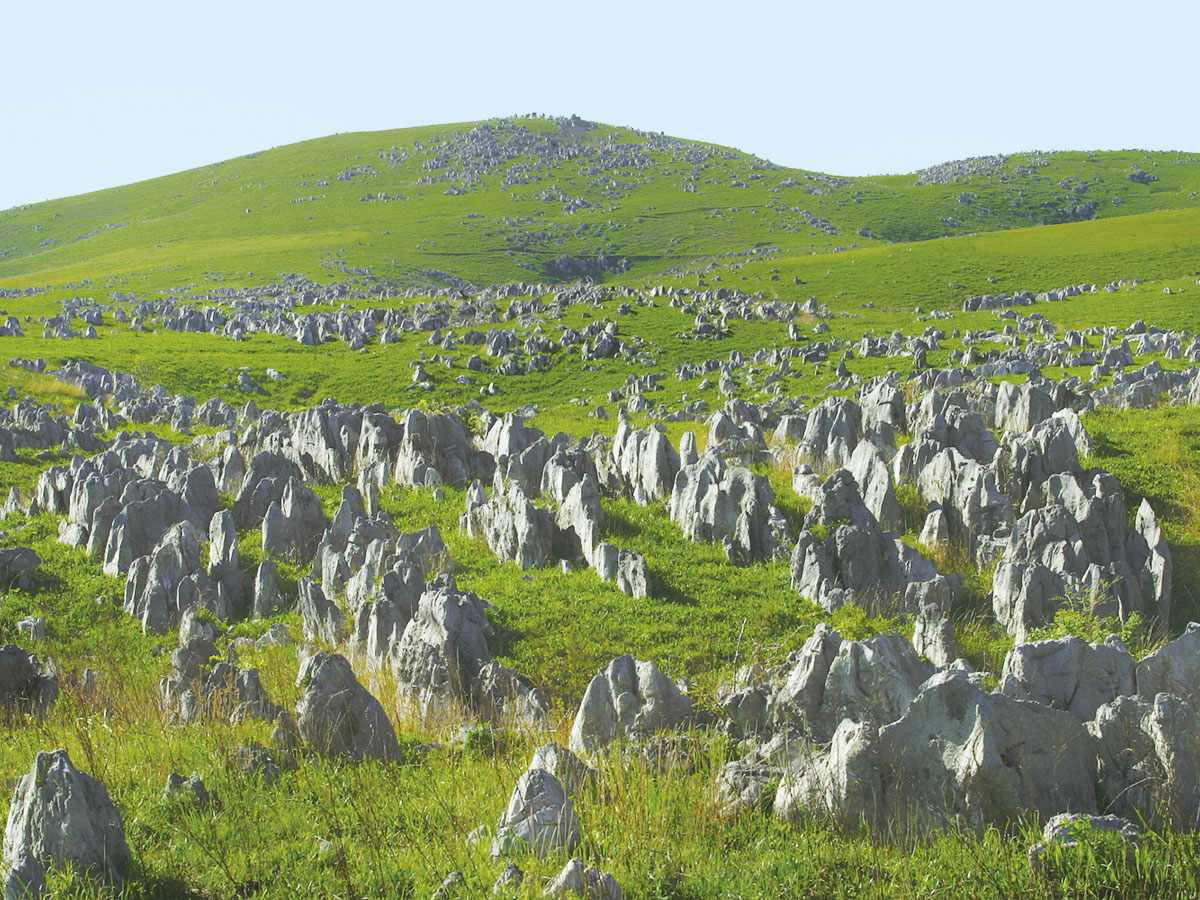 Akiyoshidai Plateau is the largest karst plateau in Japan, at an altitude of 200 to 400 m, and mainly consists of limestone from the Paleozoic era, and numerous limestone caves eroded by rainwater. Akiyoshido Cave is the largest cave in Japan, located at the foot of the Akiyoshidai Plateau. The cave is said to be about 11 km long, but the first one kilometer is open to visitors. 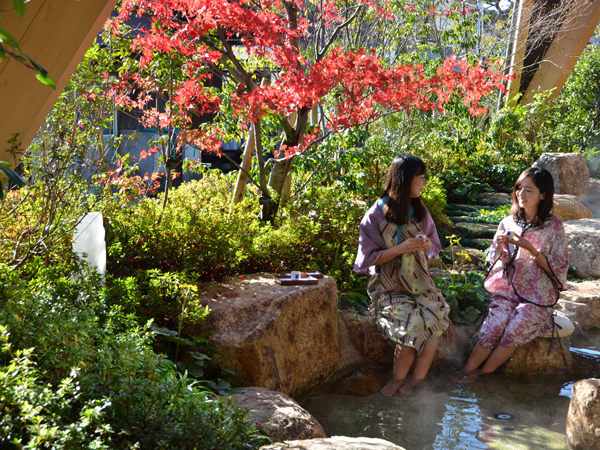 Yuda Onsen hot spring is said to have been born approximately 800 years ago. There is a legend of an injured white fox submerging itself into the hot spring water to heal its wounds.

Located near the Yamaguchi Ube Airport and Shin-Yamaguchi Station, a Shinkansen stop, Yuda Onsen's location in the center of the prefecture makes access to other tourist attractions in the prefecture convenient.

This area is a nexus for locally-brewed sake, mountain and sea food ingredients, and local specialties. Here, izakaya, restaurants, and many other kinds of shops let visitors enjoy Yamaguchi cuisine. Hagi was constructed as a castle town when the Sengoku period daimyo (feudal lord) Mori Terumoto built Hagi Castle in 1604. Since then, for 260 years, it prospered as the center of politics, government, and economy for the Hagi (Choshu) Domain.

The townscape, with its castle ruins, samurai residences, and earthen walls, is reminiscent of those times, and even now, it is thick with nostalgia. It has also been chosen as one of Japan's 100 most beautiful historical sites.

In addition, the Shokasonjuku Academy, built by the famous samurai Yoshida Shoin, also stands in the city. It is a small building just 50㎡ wide, and while the term for students here was only a little over 2 years long, it turned out many outstanding and talented people that played important roles in remaking the country from the end of the Tokugawa Shogunate into the Meiji Restoration.

In 2015, a collection of Sites of Japan's Meiji Industrial Revolution", including Hagi Castle Town and the Shokasonjuku Academy, were registered as World Cultural Heritage Sites."

Yamaguchi Ube Airport is a coastal airport with a high service rate adjacent to the city. It is blessed with a lush green natural environment and the calm climate of the Seto Inland Sea.

The airport is conscientious of its surrounding environment and has a "Fureai Park" that gives people tranquility and warmth.About 900 roses (140 varieties) are planted on the airport grounds.

The menus of restaurants on the 2nd floor are associated with roses, so why not enjoy a relaxing time in the 2F lobby after taking a stroll through the garden?

My tour of Tokyo and Yamaguchi enabled me to compare city life with rural life in Japan. It was great to get off the beaten track and see places that you don't read about much in the guide books. This was my first time in Japan and so I had lots of new experiences, such as trying real Japanese cuisine, wearing a kimono and bathing in the onsen.

I really enjoyed the tour as it was great to see so much in such a short time. The transport was reliable and made it relaxing to travel. I would recommend Yamaguchi to people who are looking to experience traditional Japan without the crowds of more popular places like Kyoto or Nara.