After exploring around Tokyo with open top double decker vehicles and it makes you feel like fly in the air, take a trip to the Tsunoshima island in Shimonoseki City, Yamaguchi prefecture. The scenery from the Tsunashima Bridge, connected between with Tsunoshimas island and main island is a MUST see! Great trip to feel at one with sky and ocean. 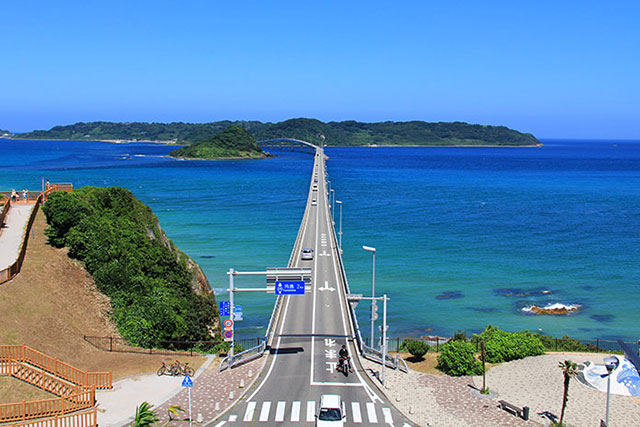 ANA109 Examine the directions from your country 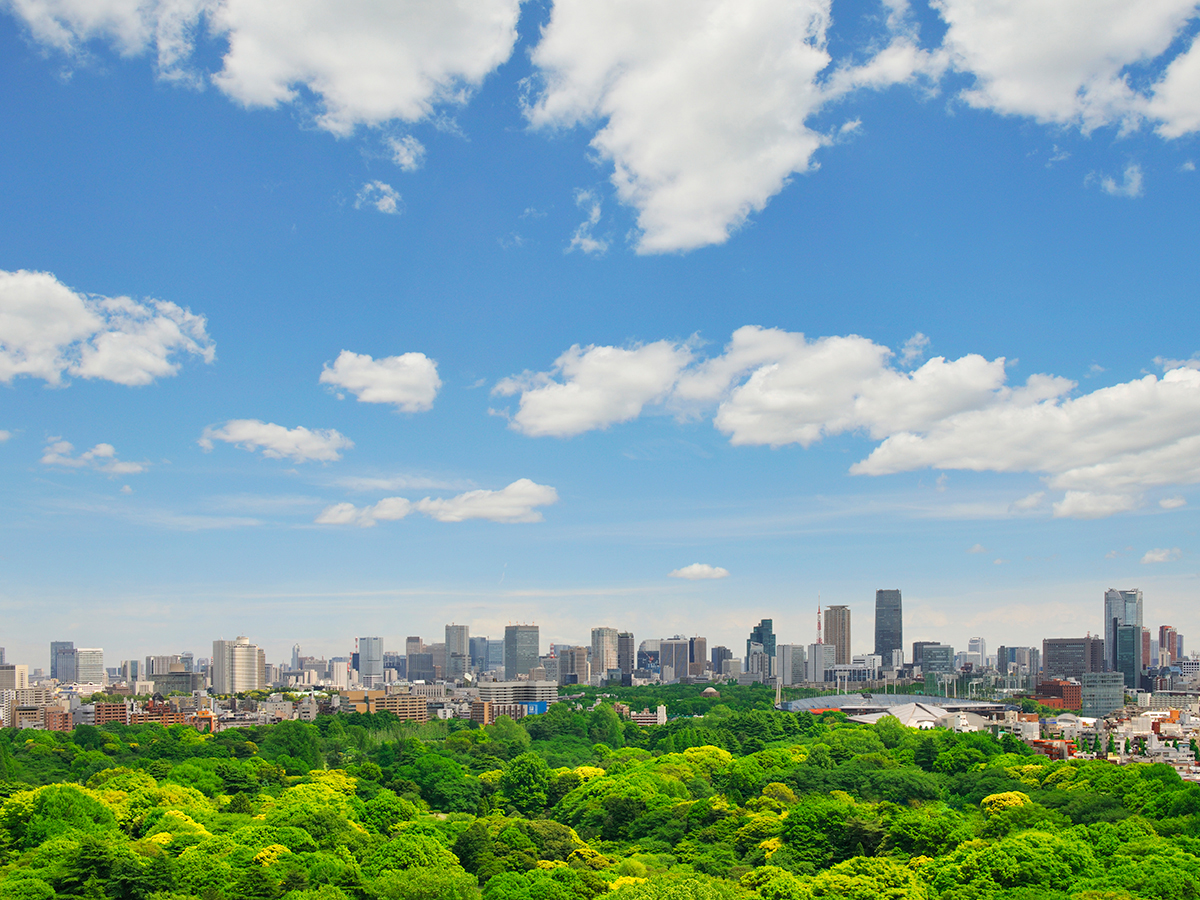 This clean, new airport was opened in December 2012.

Upon entering the terminal building, travelers have a view of the entire building and can see the compact structure is easy to understand and use.

In the building's center, a "light garden" atrium is bathed in natural light pouring in from outside. In addition, the front wall of the passenger waiting room is made completely of glass, letting people see the passenger jets waiting on the tarmac and immersing them more into air travel.

Passenger jets can be observed up close even on the observation deck! Why not take a commemorative photo with planes in the background?

The terminal building has a universal design that is accessible to all travelers.

Kintaikyo was built in 1673 and is a wooden bridge symbolic of Japan. The bridge is a series of five wooden arches, a rare sight even outside Japan. It is the culmination of masterful techniques and this tradition lives on through the replacement of the bridge rafters.

There are many tourist attractions nearby, including historical buildings such as Iwakuni Castle, the Old Mekata Family's House, and the Nagayamon Gate of the Kagawa Family, as well as art and history museums like the Iwakuni Choko-kan Museum, the Iwakuni Art Museum, and the Iwakuni Shirohebi (white snake) Museum.

The Iwakuni Shirohebi Museum, in particular, is a National Natural Monument and the only place in the world that the "Iwakuni white snake" inhabits. Visitors can learn about the life and history of white snakes through games and scale models. The museum of mainly ukiyo-e works, oriental ceramic wares and modern potteries located in the center of Hagi-shi. It has obtained two stars in the Michelin Green Guide Japan (the revised fourth edition). 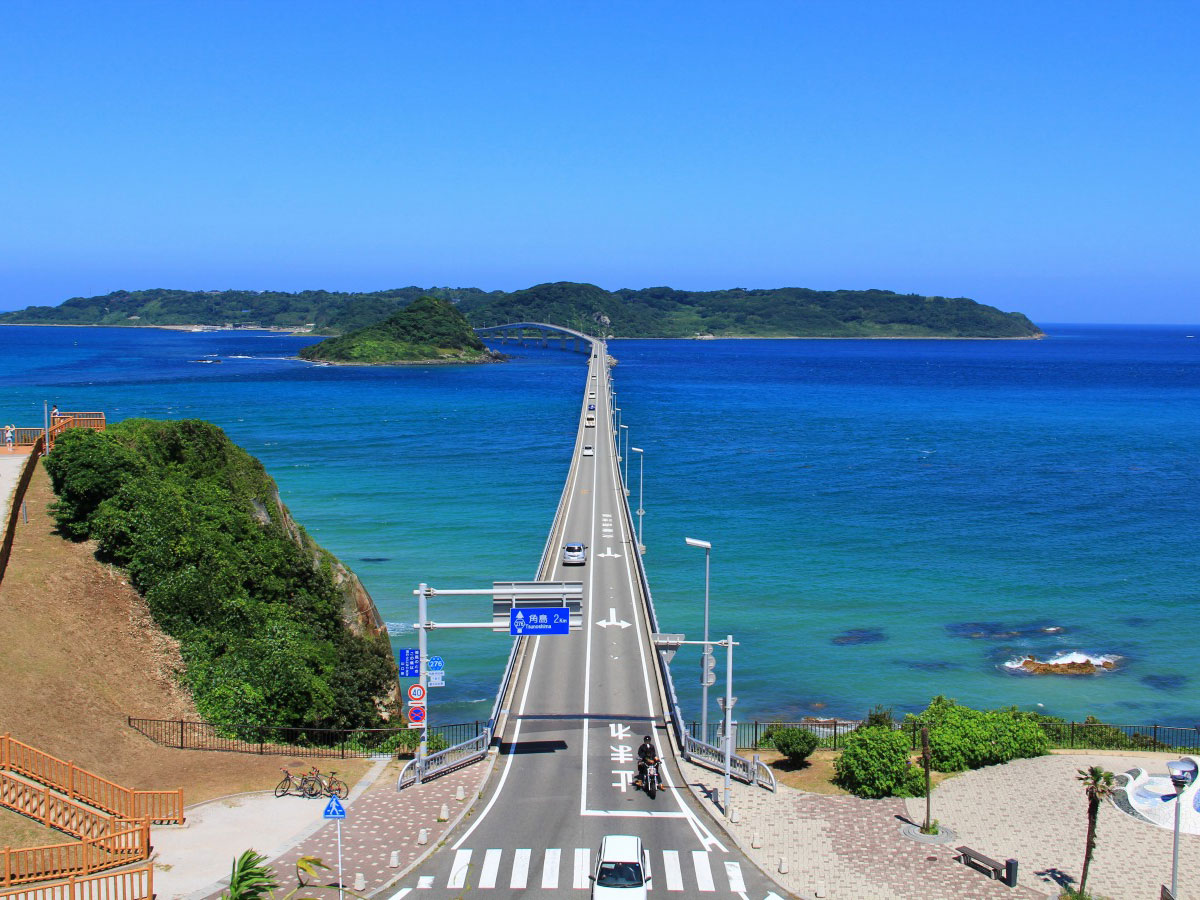 Yamaguchi Ube Airport is a coastal airport with a high service rate adjacent to the city. It is blessed with a lush green natural environment and the calm climate of the Seto Inland Sea.

The airport is conscientious of its surrounding environment and has a "Fureai Park" that gives people tranquility and warmth.About 900 roses (140 varieties) are planted on the airport grounds.

The menus of restaurants on the 2nd floor are associated with roses, so why not enjoy a relaxing time in the 2F lobby after taking a stroll through the garden?

Japan is a land of both deep traditions and modern innovation, and while there’s no better place to experience Japan’s modern, almost futuristic side than Tokyo, visiting Yamaguchi prefecture offers a special glimpse into Japan’s rich history and beautiful countryside. I was interested to see big city life in Tokyo, and then it was easy to take a flight down to Yamaguchi to see a totally different side of Japan and learn more about the country’s history and traditions.

This route starts off in Tokyo and provides several ways to enjoy panoramic views of the city. It then takes you out to Yamaguchi Prefecture in western Japan to enjoy some very different scenery, including stunning coastlines, historic buildings, museums and hot-spring towns, with plenty of delicious cuisine to enjoy along the way.