After seeing the wonders of Tokyo by modern sightseeing boat on the Sumida River, take a trip to Kurashiki, an area that prospered under the rule of the Edo Shogunate. As you ride in a nostalgic rowboat, you’ll feel as if you’ve slipped back in time from Tokyo to the far-off Edo period. 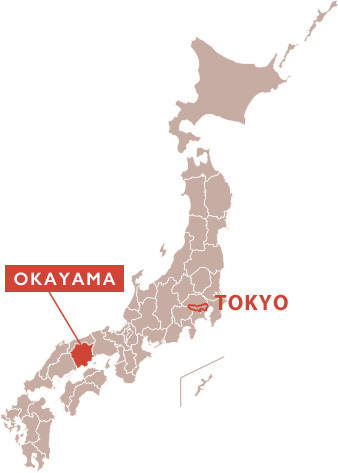 ANA848 Examine the directions from your country Enju is found inside the wedding venue, Happo-en, overlooking an expansive Japanese garden. To allow enjoyment of the changing of the four seasons through foods in season and views of the garden, diners are served original multi-course Kaiseki meals featuring different bowls of seasonal foods for every month of the year that are also a feast for the eyes. Moreover, diners can savor chef-recommended Kaiseki dishes prepared in ways that take full advantage of seasonal delicacies at the height of their deliciousness. Hotaluna has a metallic silver, streamlined body, made in the image of a spacecraft, with gullwing doors and a promenade deck on the roof, allowing people to enjoy the view from outside the boat. Moreover, the glass windows at the back of the boat emit a pale light, lighting up Sumida River like a firefly through the night from dusk. 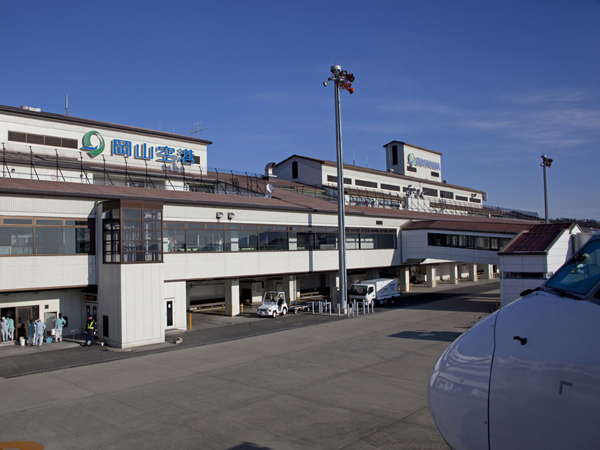 Okayama Airport has three domestic routes to Tokyo, Sapporo, and Okinawa and four international routes to Seoul, Shanghai, Hong Kong, and Taipei. Numerous charter and provisional flights operate here as well.
Very conveniently located, it is just 30 min. by car from central Okayama City, and just 10 min. away from the nearest highway interchange. With regular buses to Okayama City and Kurashiki City, travel to nearby large cities is simple. Furthermore, since the cities of Kobe, Osaka, Hiroshima, Yonago, Takamatsu, and Kochi are just 2 hours away by highway, many people from in and outside the prefecture use Okayama Airport for domestic, international, and business travel. Okayama Korakuen Garden
One of Japan's Three Great Gardens. It was made approximately 300 years ago by the 2nd feudal lord of the Okayama Domain, Ikeda Tsunamasa. A circuit-style Daimyo (feudal lord) garden, its wide lawns, ponds, artificial mountains, and tearooms are tied together with walkways and waterways.
It has a three-star rating from the Michelin Green Guide Japan. Every year, in the summer and autumn, the park is specially opened at late at night for the "Garden of Dreams" and "Autumnal Fantasy Garden" events.

Okayama Castle
The castle was built in 1597 by the military commander, Ukita Hideie. Its black-lacquered exterior of wooden boards earned it the nickname, "Crow Castle." However, the main tower, which was a National Treasure before World War 2, burned down due to war damage and was later reconstructed.
Within the main tower are a shop, a cafe, and other attractions, such as a free fitting corner for feudal lord and princess outfits.

Walking in Okayama City (The City of Fruit Parfaits)more 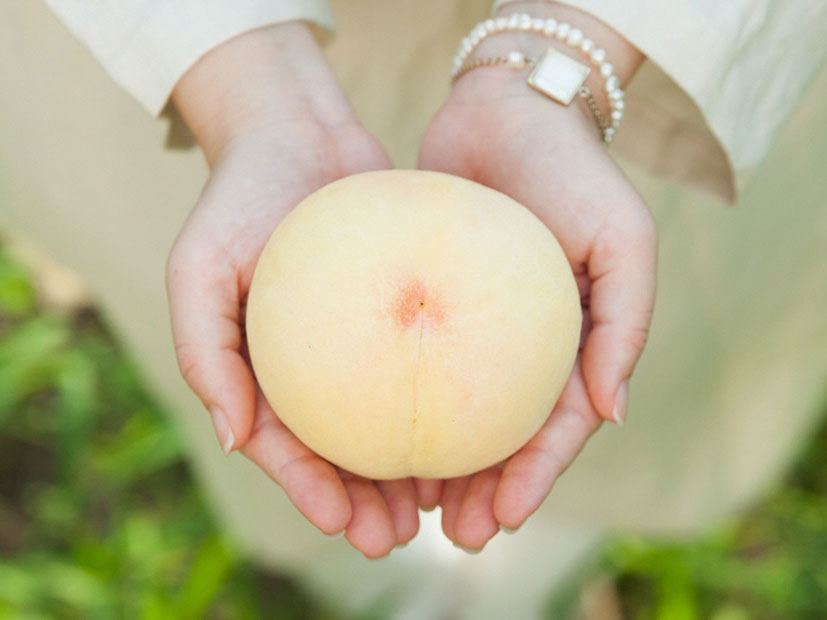 The Land of Sunshine, Okayama, is a "Fruit Kingdom" famous for fruits such as peaches and Muscat grapes. Springing from the desire to let people easily enjoy the exquisite fruits grown in Okayama, the "Okayama: City of Fruit Parfaits" project was started in 2009. There are over 30 shops in Okayama City where visitors can enjoy many different kinds of parfaits. 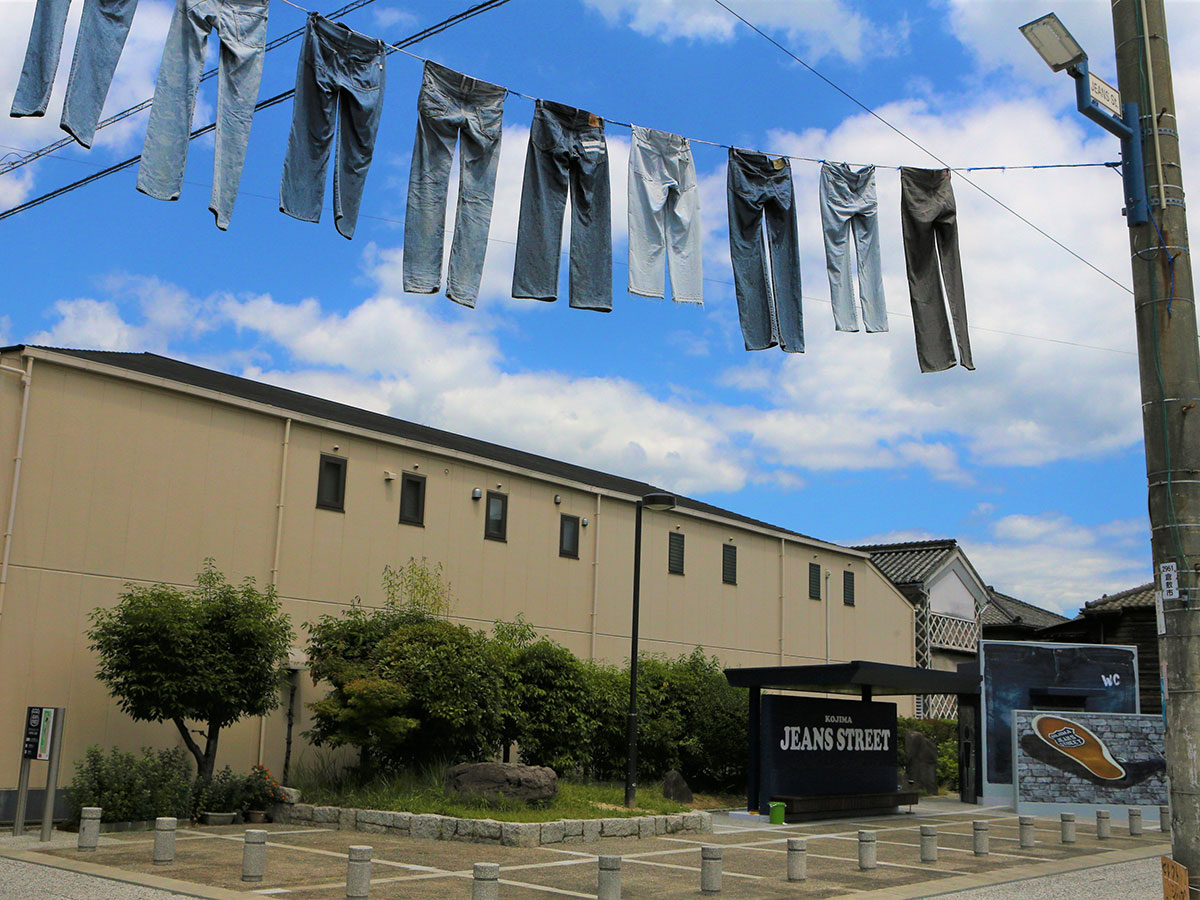 The birthplace of domestic jeans production, Kojima, with its high level of technology, is renowned as a holy ground for Japanese denim. It's said that the biggest feature of Kojima jeans is the texture. Tourists from all around Japan visit here searching for a unique pair of denim just for themselves.
Stretching for approximately 400m, from the front of the Nozaki's Historical Residence to the Ajino No. 2 Park, the street is lined with jeans brand shops from Kojima, cafes, and general stores. 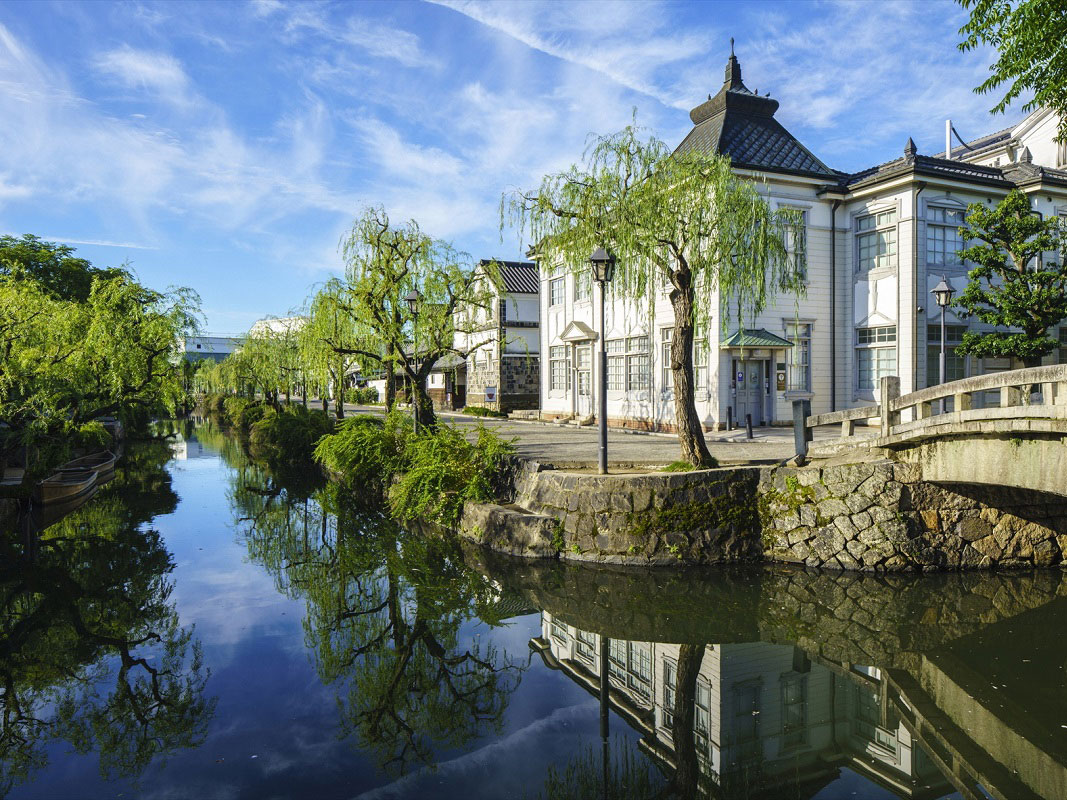 Kurashiki Bikan Historical Quarter preserves the beauty of traditional Japanese architecture for the present day, with its rows of willow trees gently swaying in the wind, and the beautiful contrast between the white walls and the black-and-white "namako" walls casting their shadows onto the Kurashiki River below.
During the Edo period, this area prospered as a place for rice shipping, and the earthen storehouses let visitors have a glimpse into the past.
This quarter is also home to many cultural establishments, including the Ohara Museum of Art, which has many world-famous works of art, the Kurashiki Museum of Folkcraft, the Kurashiki Archaeological Museum, the Japanese Rural Toy Museum, and others.
Sightseeing riverboats can be ridden and enjoyed on the Kurashiki River, which, in days past, used to bustle with the back-and-forth traffic of riverboats loaded with cargo.

On this trip, we travelled to Tokyo and Okayama, two of Japan’s major cities. We used all modes of transportation, including flying on domestic routes as well as the Tokyo subway system, monorail, streetcars, buses, and a cruise. It was a magnificent experience. Tokyo was constantly fascinating and very exciting. We were also lucky enough to experience Okayama’s beautiful scenery and traditional culture.

This time we traveled from Tokyo to Okayama, famous as the location for the Japanese folk legend, Momotaro. The summer in Okayama brings about various dishes using peaches, and you can enjoy deliciously sweet peaches to your heart’s content. It truely was ideal time to visit Okayama’s famous places.