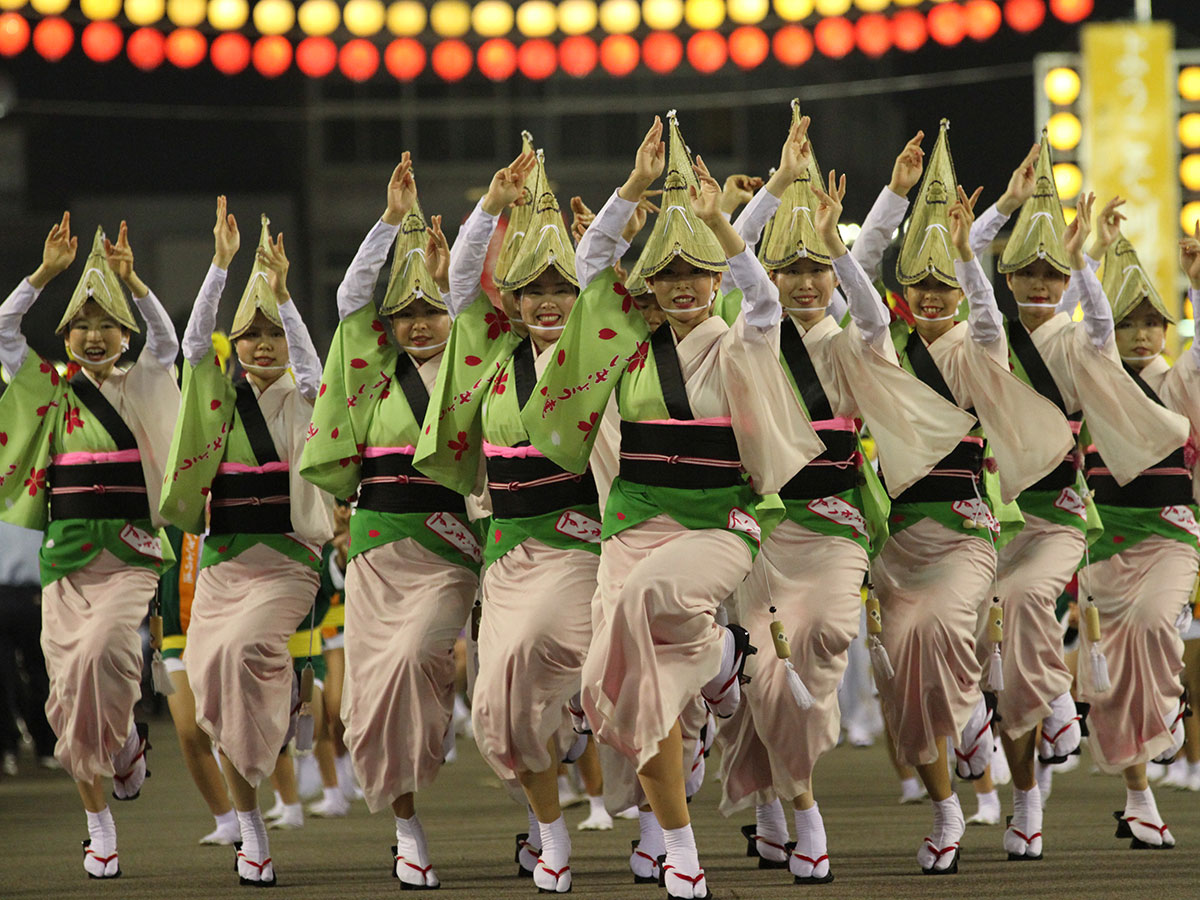 Awa Odori is a representative dance of Japan with a 400-year history. Awa Odori is danced throughout Tokushima Prefecture in August, but it is danced most often over four days from August 12 to 15 during the Awa Odori Dance Festival in Tokushima City. Tourists are also free to take part in the dancing on these days.