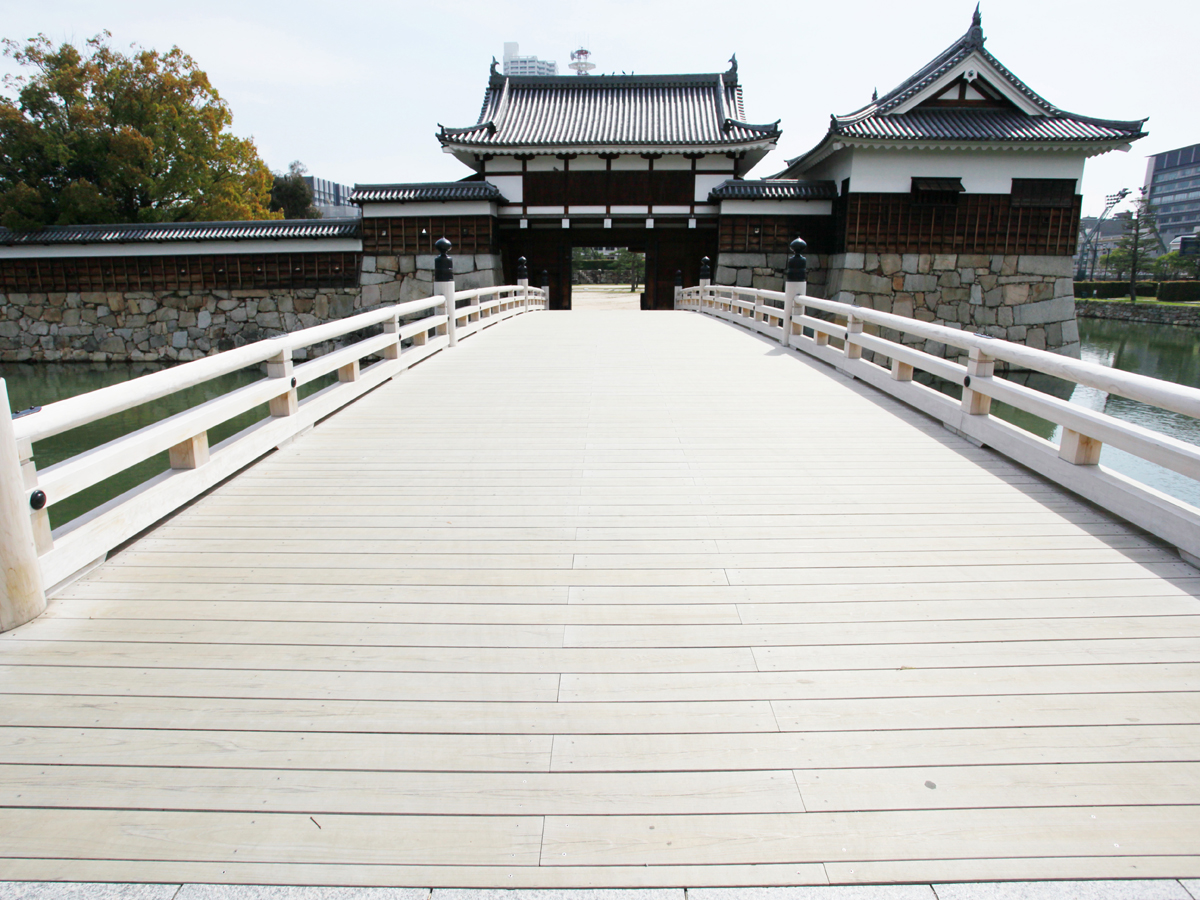 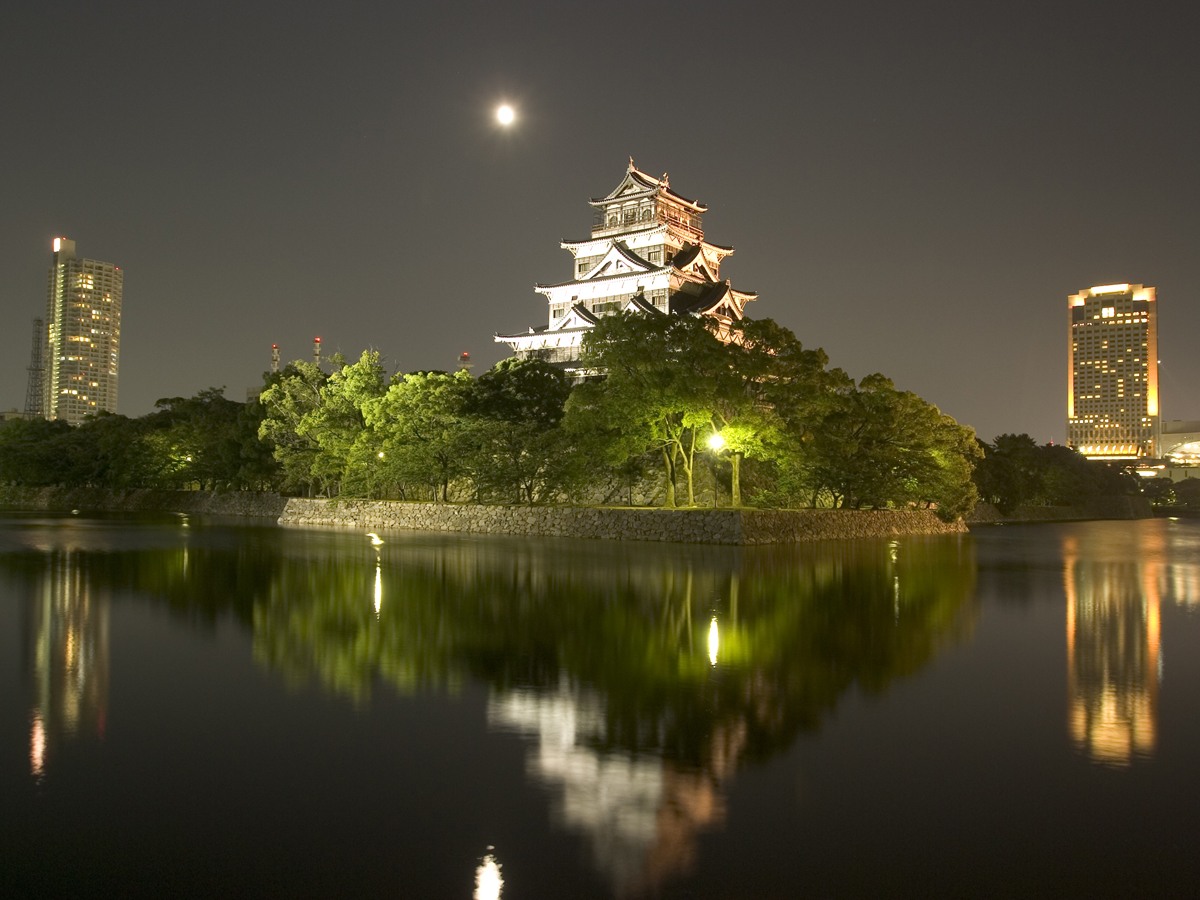 Hiroshima Castle is a typical plains castle built by the military commander Mori Terumoto during the Sengoku period. During the Edo period, the Fukushima and Asano clans were based here. After the castle was completed, the castle keep that was designated a National Treasure in 1931 was destroyed by the atomic bomb, but the exterior was restored in 1958. In 1989, the interior was restored in commemoration of the 400th year since the castle's completion and is now a historical museum with a theme of samurai culture.