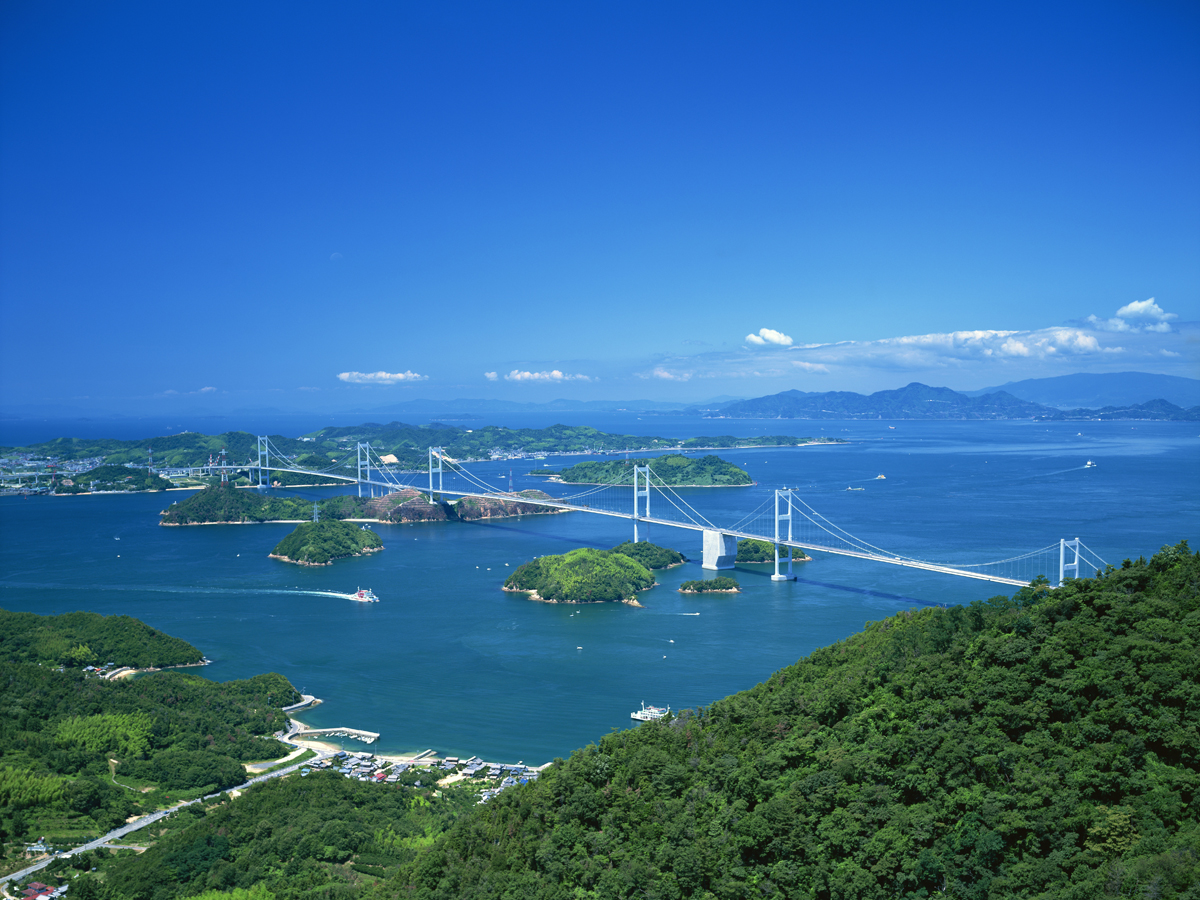 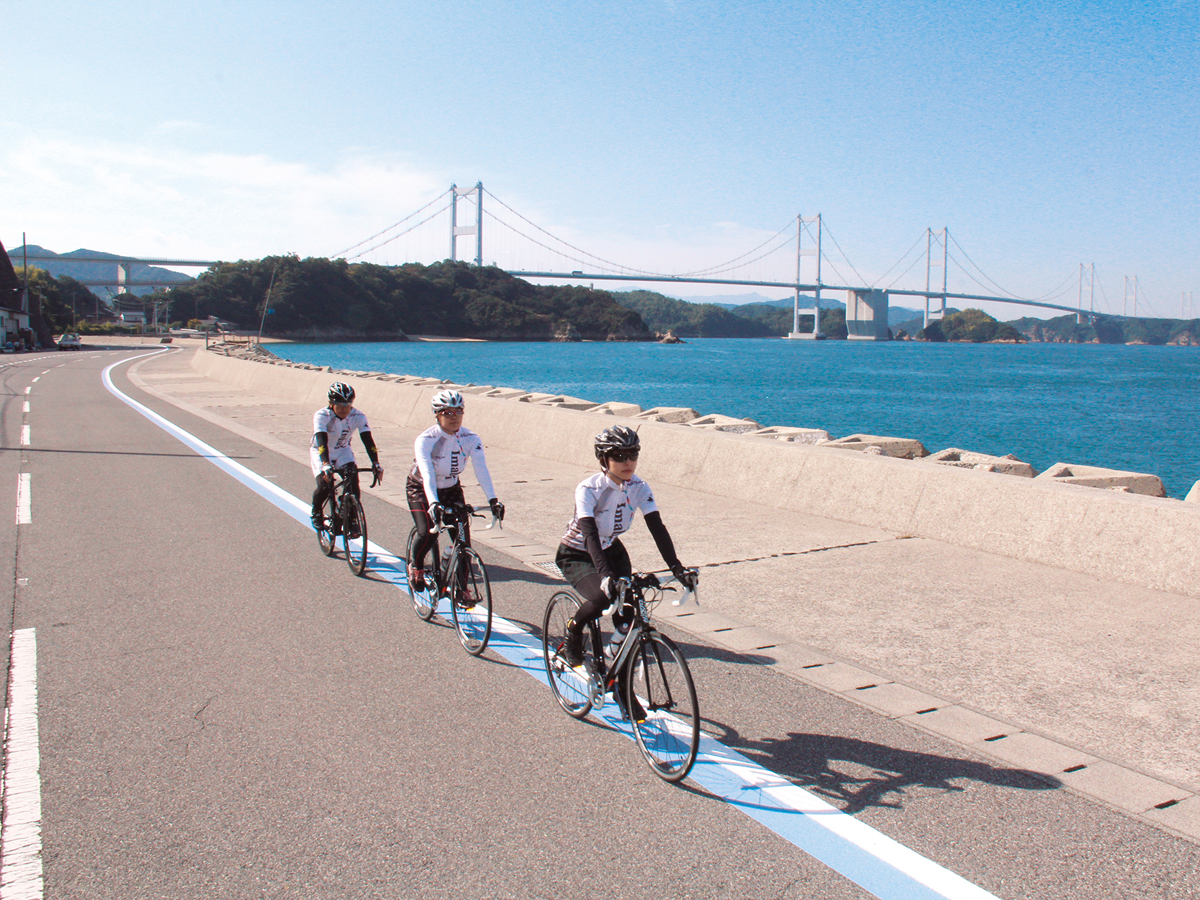 As evident from the name (depending on kanji used, "kaido" can mean both "road" and "sea road"), the Shimanami Kaido is a road that runs above the sea from Onomichi City, Hiroshima Prefecture to Imabari City, Ehime Prefecture. It consists of nine separate bridges and hops over six islands.
The Shimanami Kaido has Japan's only bridge-top bicycle road for cycling. This cycling route lets riders experience the refreshing sensation of riding almost as if suspended above the sea, while gazing down on the beautiful sea and islands below that have been nicknamed the "Aegean Sea of Asia". This route has been highly evaluated by cyclists from in and outside of Japan, and the American television network, CNN, has chosen it as one of the world's most incredible bike routes.
In order to let people experience cycling on this 70-km long sea road, there are bicycle rental shops all along it. Bicycle rental terminals in each area letting riders turn in their bicycles freely. In addition, some hotels and ryokans in Imabari City also allow bicycle turn-ins.